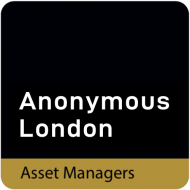 Should We Be Worried About The London Office Market?

Over the last few weeks commercial property news in the UK has been dominated by news of WeWork’s failed IPO and subsequent worries over what would happen if WeWork vacated from its London sites.

For an overview, WeWork leases office space for long periods of time and then rents the space out over short periods of time to companies and individuals. It’s a risky model as WeWork takes on long-term leases without guaranteeing that they can rent it out themselves. It’s widely known that WeWork has been making a yet its billionaire tech investor Masayoshi Son valued the company at $47bn, a value that no one else agreed with. Masayoshi Son was attempting to increase the appeal of WeWork before an IPO but it turned out that the markets didn’t even value the company at $10bn so the IPO was pulled and the founder and CEO of WeWork, Adam Neumann, demoted.

WeWork needed the IPO to raise money to continue its expansion so now that’s not happening WeWork will have to prove that it can make a profit before making another attempt.

Landlords in London are on edge because WeWork is the city’s largest private tenant occupying 1% of London’s office space, 4.1 million square feet. Opening its first London office in just 2014 it now accounts for around 6% of demand. In addition, a lot of the leases WeWork has with Landlords are structured in such a way that they can walk away if necessary. Last week the rating agency Fitch downgraded WeWork’s credit rating to CCC+, a level at which “default is a real possibility”. If WeWork were to abandon London Landlords’ primary concern, apart from lost rent of around £5bn, would be to avoid flooding the market with space. However it should be pointed out that currently around 5% of London office space is vacant and if WeWork left that would rise to around 6% so it’s not an enormous jump, but still big enough to be a concern.

However since the failed IPO WeWork itself has said that it has no intention of leaving London and is “committed to the London market…the company intends to fully honour its lease commitments.”

The Financial Times reported that two landlords of large WeWork sites in London, not named, said they would not sign new leases with the company and are making contingency plans for their existing WeWork offices in the event that the company vacated. Some landlords have indicated that if WeWork vacated they would bring in other flexible office providers or install their own brands.

In other London office market news, it looks positive. M&G Prudential announced this week that it will invest £875m in a 905,000 sqft prime City of London office development after having bought 40 Leadenhall. The company said that London is currently offering good value compared to other capital cities and with very few developments underway in London they expect it to be in high demand.

This certainly seems to be the case with other developments that are underway. Due for completion next year, 22 Bishopsgate at 62-storeys high is already around 30% pre-let and 27% under-offer with terms agreed. It will be the City of London’s new tallest building. In new and retrofitted buildings vacancies are also at historic lows. It seems many investors and developers wrongly assumed that demand would weaken following the EU referendum result meaning new supply is limited while demand is up, primarily from the tech, media and of course co-working sectors. Many banks and financial services companies have also not relocated to the continent as was assumed.

Essentially, if WeWork were to fail it doesn’t seem as if the London commercial property market would suffer too much. Office space is undersupplied and in demand and many of WeWork’s locations are in prime spots that would likely be snapped up in a moment.

ambT Property Partners currently has available for investment several commercial properties in prime UK locations. You can view full details of our investment opportunities by joining our Investors Club or by contacting a member of our team via info@ambtpropertypartners.com.